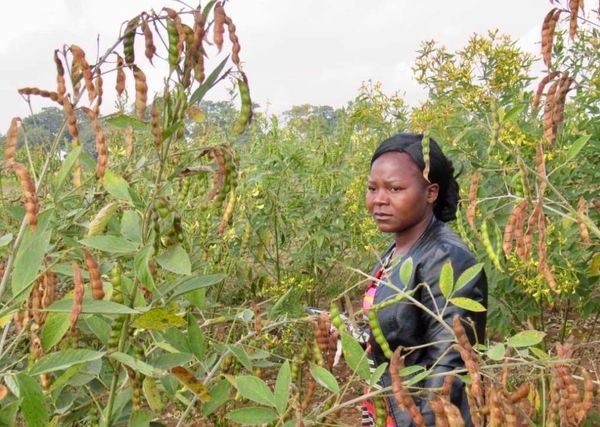 Seeing the release of their improved varieties is the pinnacle of achievement for plant breeders, so we are always thrilled when our graduates manage to do this.

We are very proud of Dr Esnart Nirenda Yohane, who has released three new varieties of pigeonpea in Malawi.”

Professor Hussein Shimelis, Professor of Plant Breeding at UKZN, Deputy Director of the African Centre for Crop Improvement and South African Sugarcane Research Institute Chair of Crop Science, co-authored a paper on breeding drought-tolerant wheat that is among the top 10% most cited papers published in the PLOS ONE open access journal. 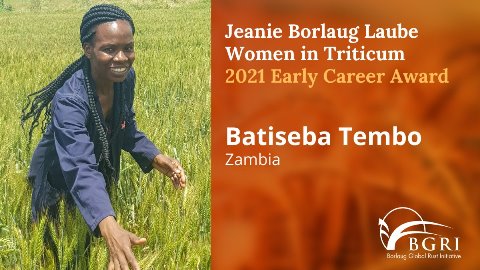 Dr Batiseba Tembo, who graduated from the ACCI in 2016, won a 2021 Women in Triticum (WIT) award given by the Borlaug Global Rust Initiative (BGRI).

The WIT awards recognize talent and dedication from both early career women scientists and those who have exceled at mentoring women working in triticum and its nearest cereal relatives.

Striga is a parasitic weed that wreaks havoc on sorghum, maize, millet, rice and wheat, and is a huge problem in Tanzania, with two species affecting small-scale farms especially badly. Mrema successfully focused his PhD research on breeding new sorghum varieties for resistance to both of the Striga species, and for compatibility with FOS.

His PhD studies and research were funded by Alliance for a Green Revolution in Africa (AGRA). Funding for his research was also provided by Technology and Innovation Agency (TIA), a unit of South Africa’s national Department of Science and Technology, working with the government of Tanzania.

On hearing the news, Dr Rufaro Madekadze, Senior Program Officer Extension and Capacity Building at AGRA, congratulated Mrema, saying “I saw them in development a few years ago and was convinced they will revolutionize agriculture in the dry parts of Tanzania. I am so excited they are finally released.” 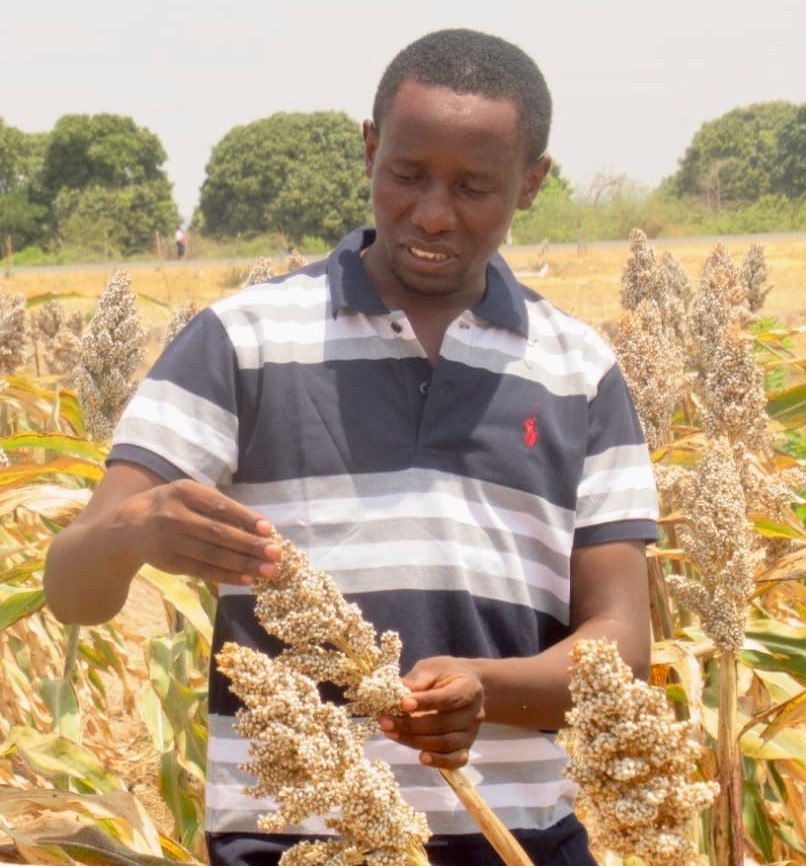 The “Climate Crisis” – Adjusting to a New Future

Prof Mark Laing (director of the ACCI) is a Plant Pathologist, Plant Breeder and inventor. In this lecture on the Climate Crisis topic, he paints a picture of the new world that is most likely to develop in the next 30 to 120 years, and will have an impact on all of us, and future generations.

Groundnut is a vital crop for commercial and smallholder farmers in Africa because of its high edible oil and protein content, but it is vulnerable to pests and diseases. One of the worst culprits is rust, caused by pathogenic fungi in the order Pucciniales.

ACCI student Dr Happy Makuru Daudi focused her PhD research on breeding groundnut for resistance to this disease in Tanzania. 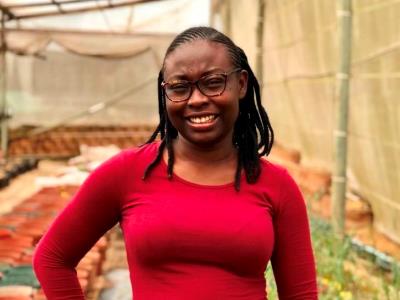 For her PhD research into Plant Breeding, Dr Boluwatife OlaOlorun, who came to the University of KwaZulu-Natal from Nigeria in July 2017, has focused on inducing genetic variation in wheat, using mutation breeding to harness the traits of drought tolerance and carbon sequestration. 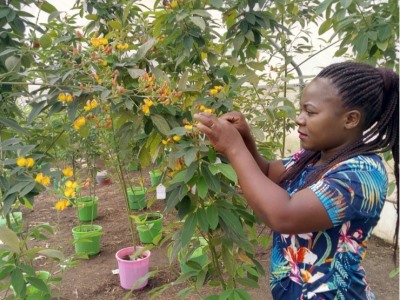 The improvement of a lesser-known legume that could be a major contributor to continental food security. That was the focus of Dr Esnart Nyirenda Yohane when she set about tackling her PhD research project in 2017. 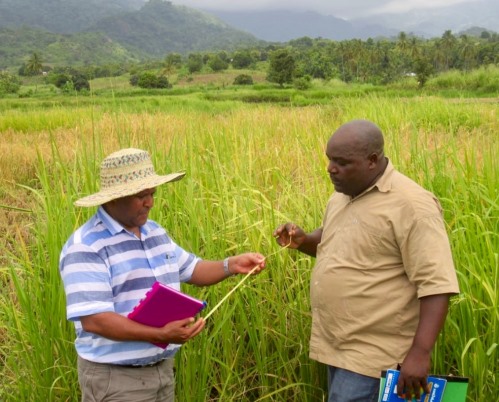 Despite the fact that rice production and consumption have steadily climbed in Sub-Saharan Africa (SSA), rice is the largest imported commodity crop in the region, due to low productivity by domestic farmers.

Dr Suvis’ thesis describes how this is due to a number of biotic and abiotic stresses and socio-economic constraints, with rice yellow mottle virus (RYMV) the most important biotic challenge in SSA, causing yield losses ranging from 20% to 100%.

Climate change is a growing challenge for farmers, especially in Africa where temperatures are expected to increase more than in other region of the world. Breeding crops that are adapted to drought-prone environments therefore makes sense as a sustainable strategy.

For his PhD study, Dr Yared Semahegn Belete chose to work on developing drought tolerance in bread wheat for Ethiopia. 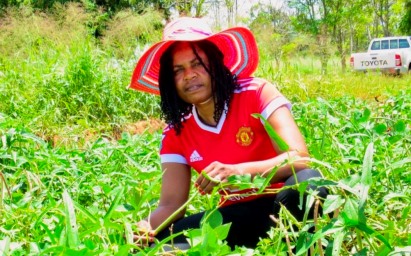 Improved cowpea could be a boon for farmers

As a child, Nelia Nkhoma Phiri had intimate knowledge of cowpea, the crop she focused on for her doctoral research.

“We would eat the cowpea leaves throughout the year because we preserved some by drying in the sun after boiling them a bit. As a young person, I got tired of eating the same things all year round. This inspired me to study plant breeding so that I could breed many different varieties and my grandmother could at least have variety,” she said.

Four ways that adoption rates can be improved — ACCI study

A study commissioned to determine what impact students trained by the African Centre for Crop Improvement (ACCI) have had on food security among African smallholder farmers has yielded promising details.

In pursuit of clarity about the impact of its training of plant breeders, the ACCI commissioned a two-year post-doctoral study by agricultural economist Dr Gideon Danso-Abbeam. The study, which started in 2019, was supported by the Alliance for a Green Revolution in Africa (AGRA).

As a group, ACCI graduates and staff members have made a significant contribution to African agriculture. Apart from developing and releasing new, improved varieties of food-security crops, occupying key leadership positions in African agriculture and teaching and mentoring up-and-coming plant breeders, they also form a body of independent thinkers making a contribution to agricultural science on the continent. 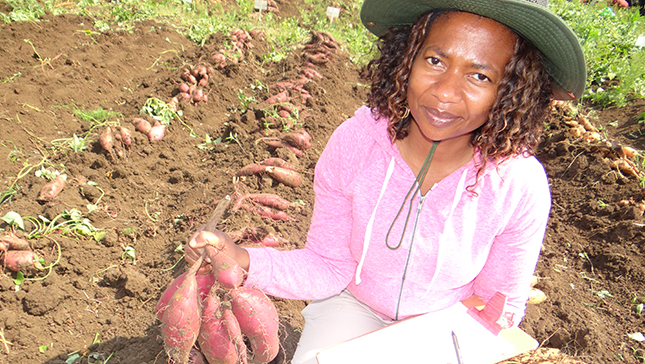 Imagine a crop that is exceptionally nutritious and can produce good yields in poor conditions with minimal labour.

That crop is sweetpotato, prized as a crucial food security buffer that is packed with edible energy and provides substantial quantities of vitamins A, B and C. It does, however, have one weakness — low protein content — which recent ACCI graduate Dr Sonia Naidoo chose to focus on for her PhD research.

“There is hope for Africa,” said Chapwa Kasoma about her ground-breaking work on breeding maize that is resistant to the dreaded fall armyworm.

The fall armyworm (FAW), first spotted in Africa in 2016, is a global scourge, infecting 350 host-plant species, and causing annual losses of US$2,5-6,2 billion in the main maize-producing countries of sub-Saharan Africa. 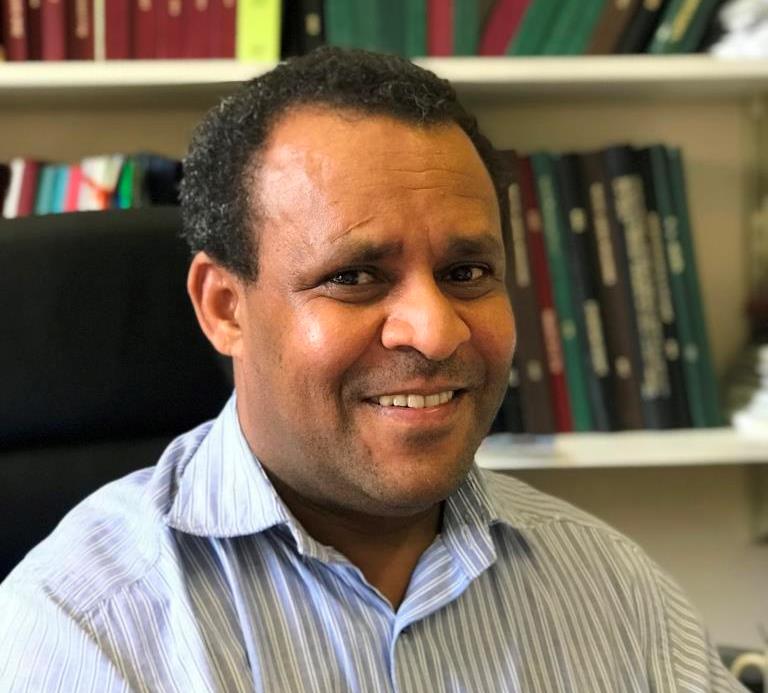 A six-year-long project at the ACCI to breed drought-tolerant bread wheat with multiple attributes is bearing fruit. Selected elite breeding lines are now available to breeders and growers in sub-Saharan Africa.

The ACCI project, which started in 2014, is being supervised by Professor Hussein Shimelis (pictured left) and funded by the National Research Foundation, Water Research Commission, Alliance for a Green Revolution in Africa (AGRA), Rockefeller Foundation, ARC and UKZN. So far six students have been involved. 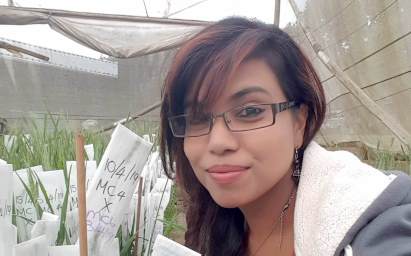 PhD project tests the effect of silicon on wheat quality

The study, which is being carried out by PhD student Marylyn Christian, is part of a larger ACCI project to breed climate-smart wheat with multiple desirable traits. 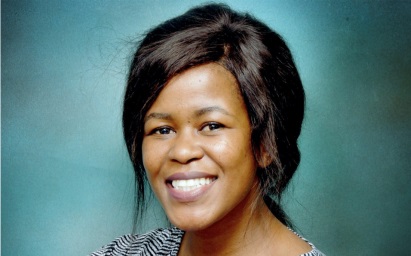 A PhD student at the ACCI, Zamalotshwa Thungo, has tackled a burning issue affecting global wheat production — breeding for drought-tolerance without loss of quality.

Although plant breeders are successfully breeding for increased yield, this is usually at the expense of grain quality, due to a generic inverse association between the two traits.

Kudos for our professors

UKZN has announced its list of the Top 30 Published Researchers for 2019 and both our profs are again mentioned — for the third year in a row!

This follows the news in October that SciVal, an online platform that tracks the performance of over 14 000 research institutions around the world, had ranked Shimelis 49th in South Africa for scholarly output for 2017-2020 and second in the country in the category of Biological and Agricultural Sciences.

Laing was 116th in SA and 6th in the Biological and Agricultural Sciences section.

Shimelis has also been nominated by the Southern African Plant Breeders’ Association for possible acknowledgment as one of Africa’s top 20 plant breeders of 2020. Three other members of the ACCI family have also been nominated: Prof John Derera, Prof Rob Melis and Prof Pangirayi Tongoona.

The Top 20 will be announced before the end of November. 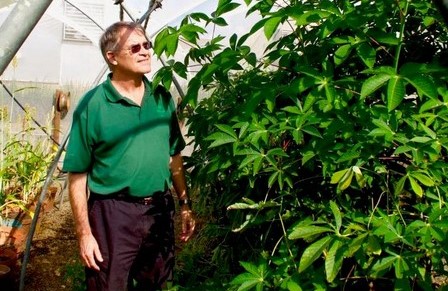 The African Centre for Crop Improvement is poised to become a key player in a move to kick-start large-scale cassava production in South Africa. 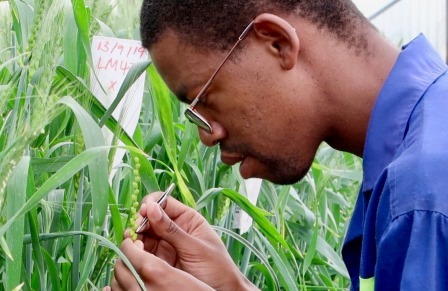 The clamour for action around climate change has never been louder, but few would imagine that this action includes getting up early to emasculate plants. 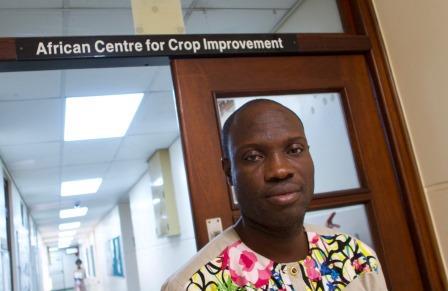 Millions of dollars have been spent on training the ACCI’s 120 PhD graduates since 2006. Has it been worth it? 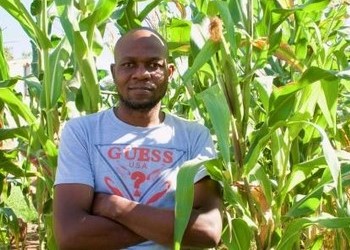 Dr Aleck Kondwakwenda was on track to become a soil scientist, when he became fascinated by the idea that the nutrient content of crops could be boosted through plant breeding. 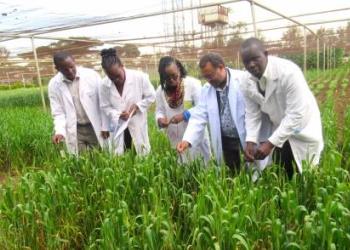 The ACCI’s deputy-director, Prof Hussein Shimelis, a regional expert in mutation breeding, travelled to three African countries recently to to share his knowledge. 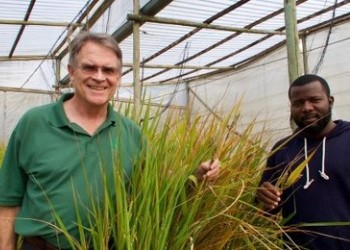 The ACCI’s Prof Mark Laing and Dr Isack Mathew attended a high-level meeting in May to discuss the production of dryland rice in South Africa. 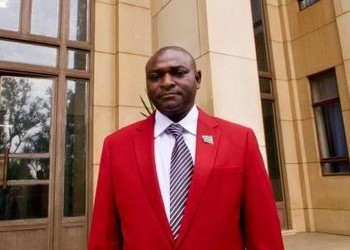 One of the ACCI’s recent graduates, Dr Eluid Kongola, has produced research related to breeding for resistance to Cercospora leaf spot diseases (CLSD). 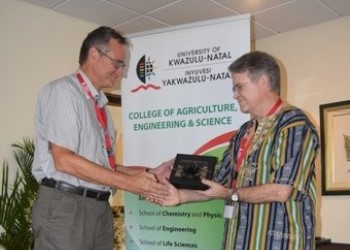 Prof Rob Melis was in the first batch of staff recruited by Professor Mark Laing in 2003, a year after the centre opened its doors. 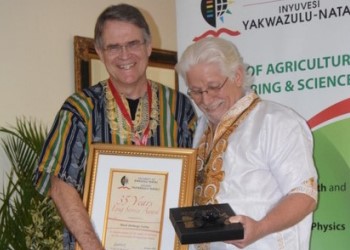 Prof Laing recieved a long-service award from the University of KwaZulu-Natal, for his work and dedication to the university and students for the past 35 years. 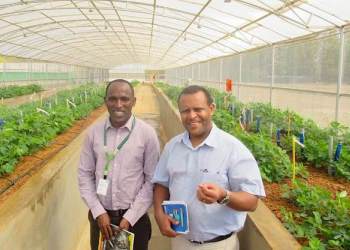 The African Centre for Crop Improvement has been strengthening ties with an important international partner. 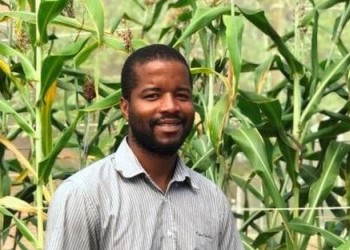 Promising results in two-fisted approach to tackling Striga on maize

The ACCI’s pioneering efforts to combat Striga, with a two-pronged approach that combines breeding and biocontrol, have yielded more encouraging results. 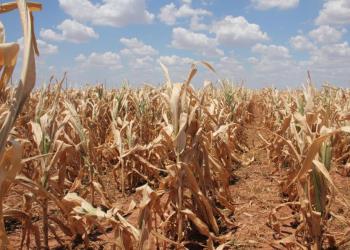 Increasing the level of Trichoderma, a fungus that occurs naturally in soils around the world, makes some varieties of maize more drought tolerant, as well as boosting yield and general plant health. 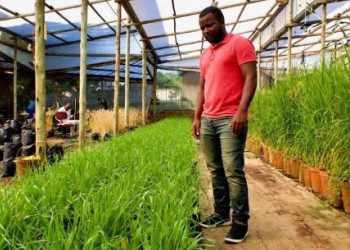 Boosting drought tolerance in wheat by developing the root system

Going somewhat against the grain, ACCI student Isack Mathew has spent the last three years of his life focusing on how to develop a bigger root system in wheat. 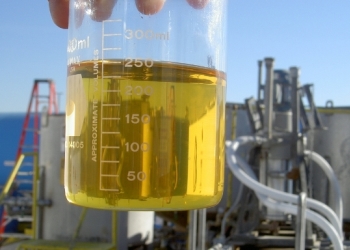 A breakthrough by the African Centre for Crop Improvement in the breeding of sorghum could have far-reaching implications for the biofuel and bioplastic industries in South Africa.
Read more 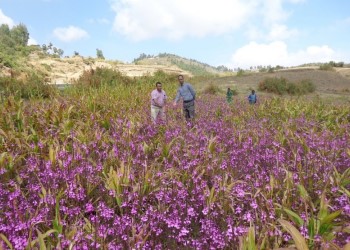 The battle against Striga in Tanzania and South Africa took a step forward with the arrival of funding to register and commercialise new varieties of Striga-resistant sorghum, developed by our recent graduate, Dr Emmanuel Mrema.